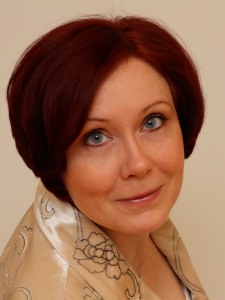 God, you don’t get a blog post for ages, and then, just like the 427 bus in Uxbridge, two come along at once! I’m going to hand you over to a rockstar no less. If you’ve read my comprehensive and rather fantastic interview last year with Nicky Wells, then you’ll know about Sophie’s Turn, and you’ll be familiar with this beast of a man. I’m reading Sophie’s Turn on my kindle at the moment, it’s really, really good –  if you like romance and rock, I urge you to check it out. And it’s a trilogy and part two, Sophie’s Run is out now! So let me hand you over to Dan Hunter, the lead singer of Tuscq, and lean back and see what the man has to say for himself : )

Let me tell you, when Nicky proposed this tour, I rolled my eyes in despair. I love touring but I hate traveling. I know, that’s a bit of a problem for a rock star, right? But there it is. What do I hate about traveling? Let’s see.

~Airports. I can’t stand airports. The noise, the crowds, the checking in (and that’s with rock star fast-track treatment). The food. The waiting around. Agh.

~Transfers. You know, to and from places, airports, venues, whatever. These days, we usually end up in limos with blacked-out windows. That was exciting to begin with but the novelty has worn off.

~Hotels. There are two problems with hotels. One, they all start to resemble each other and it can be totally disorientating to wake up in the morning not knowing again where you are. And two, the beds. I never get on with hotel mattresses. Too hard, too soft, too lumpy. And don’t get me started on duvets ~ some hotels don’t have them. I know, it’s unbelievable but even the five star ones occasionally throw you a curve-ball with fancy blankets. Of course I could ask for a duvet. I could ask for almost anything and be given it, the way folks are fawning about us these days. But that’s not my style. When Tuscq first took off, I swore I was never going to turn into a bad-ass, bad-tempered demanding rock star.

So here are my top strategies for easing travel woes. I’m telling you this in secret. If word gets out, you’ll destroy my credibility!

~I keep a giant bar of Swiss chocolate in my luggage at all times and when the waiting around at the airport gets really tough, I go and eat.

~Unless it’s raining, I ask the driver to open the roof window so I can lay back and see blue sky. It can be a bit cold, of course, but the other band members don’t mind. (Darren quite enjoys doing the standing-up-on-a-seat-and-waving-at-passers-by act!)

~I have a snuggle blanket that I take with me everywhere. Don’t laugh! It’s only an inoffensive, small quilted blanket from a well-known build-your-own-Scandinavian-furniture store but it’s cheerful and… well, it smells of home, and the sense of smell is a powerful relaxant.

There. Thank you for listening, and a huge thanks to the Fabulous Yasmin Selena for hosting me here today! Now I’d love to hear from you ~ how do you get through your travel woes?”

Well you heard the man, how do you get through yours? And do you have a snuggle blanket?!  Yasmin x x  P.S. I am a bit fabulous ; )

Who says that the road towards true love is straight and even?  Sophie is certainly discovering that it is anything but.

So she has finally found the man of her dreams! Well… she knows who he is, even though she hasn’t actually quite met him yet.  But she misses her opportunity, and then her life goes crazy.  Rock star and ex-fiancé, Dan, keeps getting in the way of her new romance—even if he is just trying to be helpful.  A fire, an impromptu mini-trip with Dan, and a dreaded wedding later, Sophie is still struggling to meet the love of her life. Then, just as she is getting it together with her perfect man, best friend Rachel commits an act of unspeakable betrayal.

Sophie has had enough. Confused and distraught, she decides that it is time for radical change.  Surprising herself and shocking her friends, she embarks on a secret journey and eventually gets her life back on track.

Visit Nicky on her blog where you can find articles, interviews, radio interviews and, of course, an ongoing update on her work in progress. You can also follow Nicky on Twitter and find her on Facebook. Nicky is a featured author on the innovative reader/author project, loveahappyending.com and has joined the Romantic Novelists’ Association. Nicky also has author pages at Sapphire Star Publishing, Amazon and, of course, Goodreads.

12 thoughts on “The Return of Nicky Wells: Dan Hunter’s Take on Traveling”